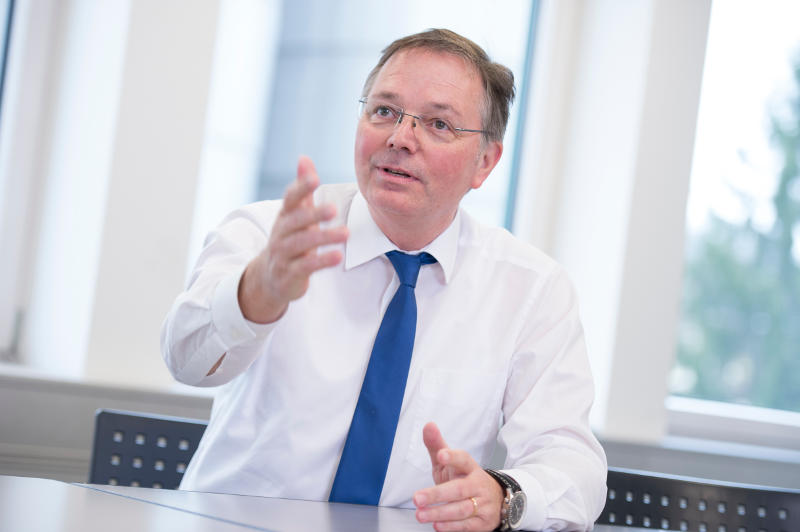 Uwe Halder has held several positions in the chemical industry with a major focus on textile chemistry and applications. He worked in the USA, first at BASF and later as CEO of DyStar LP. In 2004, he moved back to Europe to take on the managing director position at CHT/BEZEMA (DE), where he was globally responsible for sales, marketing, R&D and product safety. He developed and implemented the strategy, including the build-up of three new business fields. His latest position, before joining Kolb, was Global Head of Product Marketing in Textile Chemicals at Archroma (CH). He holds a degree in Textile Chemistry from the Reutlingen University. Uwe Halder is married and has one daughter. In his free time he likes to travel, cook, and spend time with his family. 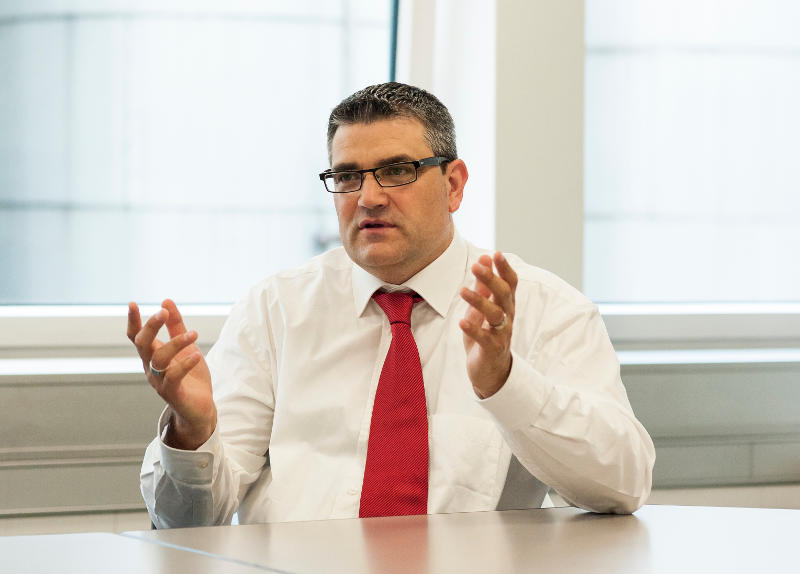 Adrian Tschuor started his professional career at PricewaterhouseCoopers (CH) in the field of fiduciary services. In 1990, he moved to E&Y (Switzerland) and was in charge of several customer consulting services and projects from different industries. After six years in the consulting business, he decided to start a new job as Business Controller at Brauerei Eichhof (CH). He was responsible for the development and implementation of the Holding and Profit Center structure. In 1999, he got the opportunity to work for Unilever (Switzerland) as Finance Manager for a subsidiary in the chemical industry and was responsible for the finance department. In October 2001, he joined Kolb as Head of Accounting & Controlling and was leading the department over 15 year successfully. In April 2016, Adrian was appointed as Head of Finance and a member of the Kolb management team. He has a degree as Swiss certified expert for accounting and controlling. Adrian is married and has two daughters and one son. Besides his family life he enjoys travelling, sports and music.

Siew Ling Liew started her professional career with Kuala Lumpur Kepong Berhad at Palm-Oleo Sdn. Bhd (Rawang) as a Quality Control Chemist in 2001. Two years later, she was repositioned at the KLK Oleo corporate office as Development Technologist for the Oleochemicals division. In 2005, she was promoted to Technical Development Manager and again in 2007 to Group Development Manager. In line with the Group’s dynamic expansions abroad, she was relocated to Kolb Distribution Ltd. as Project Manager – New Business in 2008. Subsequently, she was repositioned in Singapore in 2009 for her new assignment as Manufacturing Director at another KLK subsidiary, Davos Life Science Pte. Ltd. Upon the successful relocation of the manufacturing arm to Malaysia in 2012, she took up the role of General Manager, Operations & Technology at Davos Life Science Sdn. Bhd. In 2014, she returned to Kolb Distribution Ltd. as Business Director Strategy. As of 2020, she is the Global Strategy Director for the KLK Oleochemicals division and remains based in Switzerland. She holds a Masters degree in Chemistry. 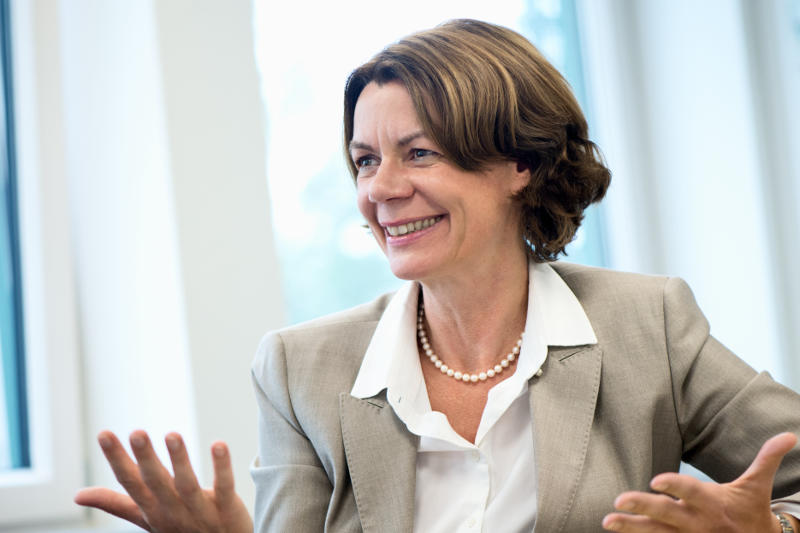 Anja Vonderhagen started her professional career as R&D Manager in the head office of research at Henkel in Düsseldorf, Germany. At Cognis Germany she took over the Marketing and Sales responsibility for Oleochemical Specialties in Europe. As Global Business Director she was in charge of surfactants and additives for Emulsion Polymerization markets and then became Global Head of Strategic Marketing Coating Additives within the Cognis group. Moving to Emery Oleochemicals she took over the Global Plastics Additives and Oilfield Specialties Business Units and later on the Global Green Polymer Additives platform. In Europe she led the oleochemical specialties business. In October 2013 Anja Vonderhagen started at Kolb as Executive Business Director heading Marketing & Sales as well as Business Development. Anja Vonderhagen holds a PhD in Chemistry from Heinrich-Heine University in Düsseldorf. During her academic education she received a scholarship of the Dr. Jost-Henkel foundation.

Thomas Primetzhofer started his professional career as process engineer for the crop protection industry at Nufarm GmbH & Co KG (Austria). After 5 years he was appointed as Head of Technical Department and another 3 years later as Head of Production responsible for the synthesis, formulation and fill & pack of crop protection products. In 2017, Thomas took over the responsibility over the site as Site Manager and significantly focused on improving the safety culture, productivity as well as the cost base of the site. In January 2021, Thomas relocated to Switzerland and started as Site Manager for Dr. W Kolb AG in Hedingen. He holds a degree in bio- and environmental technology from the University of Applied Sciences Upper Austria as well as a master degree in legal and business aspects in technics from the Johannes Kepler University Linz. 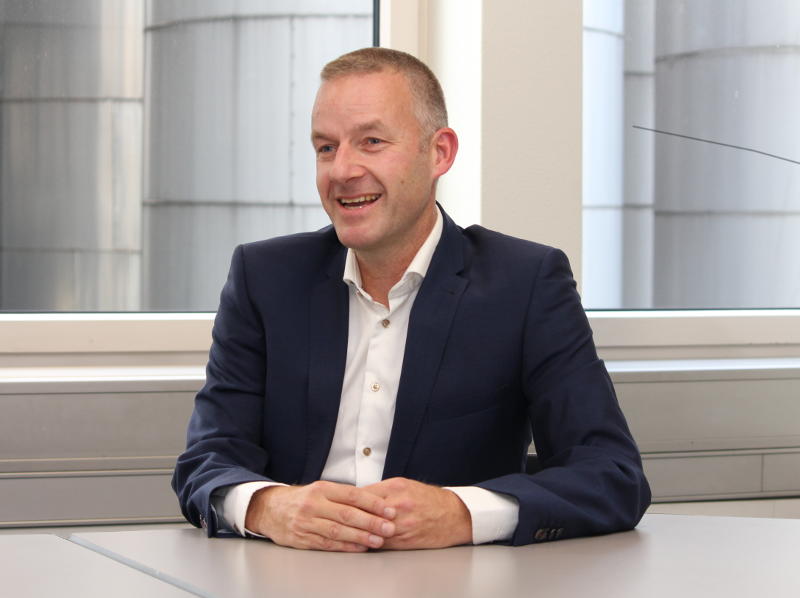 Mark Bramer started his professional career at Waterschap Brabantse Delta in the field of industrial wastewater licensing. In July 1997, he joined Kolb as SHEQ-manager. After 1,5 years, he internally moved to the position of process engineer. 4 years later, Mark was appointed as Manager Operations of the Kolb Moerdijk site and joined the local management team. In this position he was leading the production, maintenance and engineering department successfully for 12 years. In addition to this responsibility, he also took up the role as project leader for the capacity expansion projects executed at the Kolb Moerdijk site (2007-2012). In April 2014, Mark was appointed as Site Manager Kolb Netherlands BV. Mark Bramer has a BSc. degree in chemical engineering and an Executive MBA. Mark Bramer is married and has 2 daughters. He likes to travel and sport, especially cycling.